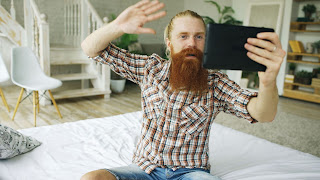 I know, I know, I quit blogging because someone is stealing my posts and using them as his or her own. Perhaps this entry will also be stolen. I have come to realize that if people are helped by what I write, then that is the real purpose of my reflections.

More than ten years ago, I began to write about my experience with trigeminal neuralgia and working on behalf of others who have it. I wrote, among other things, about social isolation. At the time, many people were not familiar with that phrase. I received quite a bit of feedback about it, the aloneness that facial pain can cause. People who have trigeminal neuralgia, glossopharyngeal issues, and other types of facial pain are well versed in loss. They often lose their jobs, their spouses, their homes, and their ability to speak clearly.

Now, with the corona virus, social isolation has become a common phrase, a way of living each day. People have lost their jobs and financial security. Some have relatives and close friends who have died.

When I worked at the TNA, the Facial Pain Association, people who were suffering told me how they would not wish their type of pain on their worst enemy. I often told them that perhaps the world be a better place if everyone had experienced this for just one day. They agreed. The intensity of despair that is created by being “electrocuted” throughout the face, the jaw, the eyes, and sometimes the neck-  it causes one to change priorities and realize what really is important. It gives one empathy for others.

My world, in spite of the disability, became a better place because I realized how important love is. Most of all, I became aware of how I had taken things for granted. The woman who taught drama, English, and journalism- she couldn’t talk much of the time. She had to stay home, out of the wind (even a breeze) and away from a ceiling fan. She could not chew, wash her face, or brush her teeth. Social isolation and aloneness were part of each day.

Now that so many individuals in our country face social isolation, people will understand it better, what it is like to experience the aloneness. That doesn’t mean they will understand the intensity of the pain that cranial nerve disorders cause. I have a feeling, though, that this pandemic will give plenty of people more empathy for those who battle facial pain.

We all hope these days will pass. For many people who have trigeminal or glossopharyngeal neuralgia, it will not. I thank God for taking my pain from me, for healing me. Years after the TN pain left, I began to experience glossopharyngeal issues. It’s been almost two years now since my “glossy nerve” has caused me a problem. I’m thankful.

Although I am well, I’m staying home. No matter what, I still believe that love is stronger than pain. 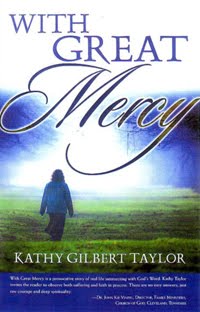 Did we meet, talk, or exchange emails when I worked for a facial pain organization? If so, please let me know you found my blog. I hope you're doing well. Keep fighting the good fight!